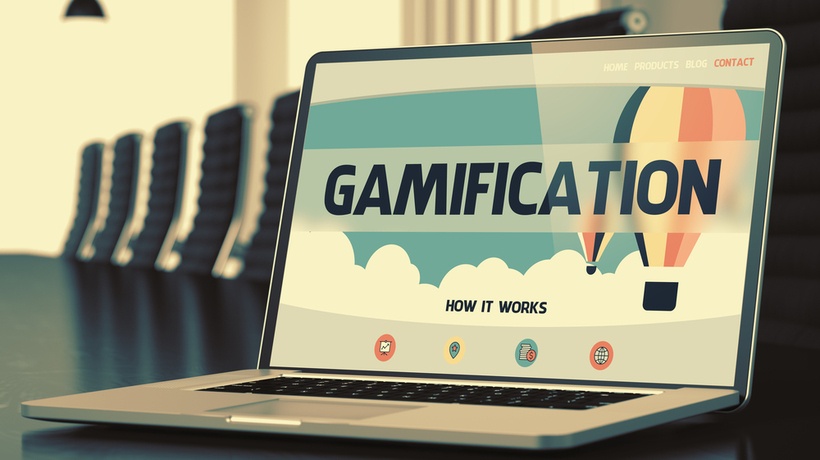 Got game? If not, then you’re probably missing out on some much-needed engagement in your eLearning program.

ITC Learning just announced The Game Agency is in da house. No need to start looking at outsourcing expensive game design, because through adding ‘the power of play’, we now offer a one-stop shop for online learning.

Game-based learning is growing annually by 30% in the US, and according to PwC, Australia now has one of the highest per capita spends on video games in the world.

This speaks to the growth trend in game-based learning. But with COVID and the move towards working from home – demand for more engaging eLearning solutions has never been greater.

What Can The Game Agency Do For You?

The Game Agency is made up of a team of developers and designers from the video game industry, whose goal is to make eLearning more fun and effective, through game-based solutions.

The Game Agency has worked with well over 250 large international organisations and brands – from Colgate Palmolive to Facebook – and is the creator of The Training Arcade, a DIY game-authoring tool that features:

For clients who need a more customised approach or solution, our designers and developers can create custom games based on client needs and requirements.

Working with major brands Barclaycard and L’Oreal, The Game Agency created two outstanding game-based eLearning programs, that have both excited learners, and delivered exceptional ROI for their organisations.

Barclaycard Taps Into The Need To Compete With Fun Trivia Games

Barclays wanted to find a way to unlock engagement with their learners and take their eLearning ‘next level’.

Barclaycard’s 17,000 phone agents needed to learn the details about their products – but they also needed to prove mastery.

He found a way to do it: The leaderboard. “They need to be at the top of their game on the account they’re talking about,” said Gill.

The result? Managers loved the format, and the competitive aspect worked well, with 85% of agents who passed on the first try, play the game several times over again, just to compete and win.

The Training Arcade games also do not require programming, and are easy and intuitive to work with. “My mom could probably make a game in half an hour – it’s that easy,” said Gill.

85% of agents who passed on the first try play the game several times over again, just to compete and win

And the ultimate benefit is access to the depth of metrics. The Game Agency worked to import assessment results right into SAP SuccessFactors via his Storyline 360 by Articulate video-based learning solution.

“Training Arcade’s trivia game was a great way to infuse game-based learning into our training and engage learners on a much deeper level,” said Gill.

“My mom could probably make a game in half an hour – it’s that easy.” – Walter Gill, Lead Instructional Designer, Barclaycard

L’Oreal Created eLearning as Engaging as Insta, and as Addictive as Candy Crush

It’s challenging for a young beauty brand like IT Cosmetics (a division of L’Oreal) to ensure products are known and highlighted in the open-sell environment such as QVC and Sephora.

As the brand grew, so did the sales and education team, with products being sold in 22 countries.

Shannon Pirie Charles, Group Vice President of Education, set out to help make her educators’ lives easier, providing a solution for people to get all the training information when and wherever they wanted.

“I didn’t want to create another app where someone just checked the box to show what they did,” said Charles.

She also felt that traditional training videos were painful and dull.

So armed with a vision to create something as engaging as Instagram and as addictive as Candy Crush – she worked with The Game Agency to bring it to life.

“I felt like I could rock the boat, push back and ask to do things differently,” Charles said.

She wanted to highlight that education is a journey, and that we are always evolving and learning.

In answering the numerous challenges – from engagement to handling and updating large, cumbersome PDF’s – The Game Agency developed The Journey.

“I didn’t want to create another app where someone just checked the box to show what they did.” – Shannon Pirie Charles, Group Vice President, Education, IT Cosmetics

What’s next? Now that the The Game Agency is an integral part of the client solutions at ITC Learning, we will feature more use cases, and tips in future posts, including:

To find out more about gamification, The Training Arcade, explore other case studies, or to talk to our team at ITC Learning about your specific requirements, contact us here.